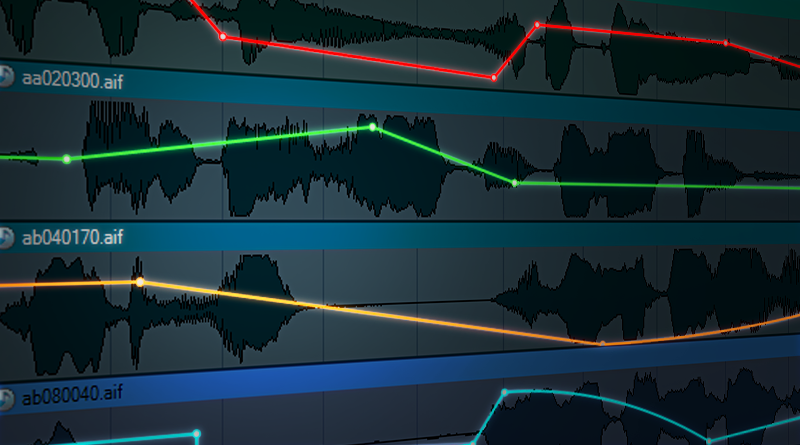 Today’s post will explore the timeline automation in AtomCraft.

It is possible to automate a wide range of parameters from the Track’s volume to the AISACs. Thanks to its DAW-like interface and these automation curves, AtomCraft allows you to be more creative with your source samples and gives you total control over your audio!

What is timeline automation?

Timeline automation is the modification of the value of a sound parameter against time using a curve. For instance, this feature can be used to precisely adjust the volume of a voice over at any given time, without altering the original source file. 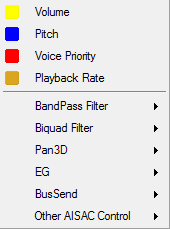 If you have already used automation curves in a DAW, you will certainly recognize some of them. The others are mainly useful in the context of game audio. Let’s take a closer look.

Volume: An automation curve assigned to a volume allows you to change the volume of a Track. It has the exact same effect as the volume automation on a DAW.

Pitch: Similarly, you can also change the pitch of a Track with an automation curve.

Voice Priority: An automation curve assigned to the voice priority lets you control the probability that certain sections of a Track play at certain moments when there are not enough voices available.

Playback Rate: Such an automation curve allows you to change the speed at which the audio of the track is going to play at certain moments on the timeline.

BandPass Filter:  A bandpass filter automation curve allows you modify the high/low frequency cutoffs based on the timeline. 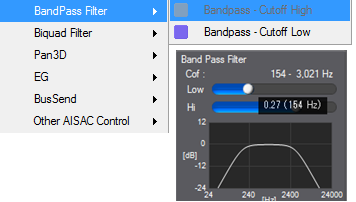 Biquad Filter: A Biquad filter automation curve lets you automate an EQ (band pass, bell and shelving) to cut or boost certain frequencies at a given time on the timeline. 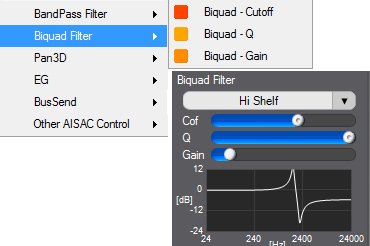 EG: The EG automation curve gives you the opportunity to adjust the envelope (attack and release times) of a sound clip at any given point on the timeline.

BusSend: The bus send automation curve allows you to automate the auxiliary send level of each bus. 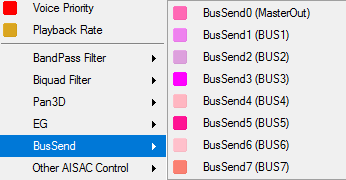 AISAC Control: The AISAC Control automation curves let you automate the value of an AISAC Control. An AISAC control is a variable that is used by the programmer to control an AISAC curve with a value coming from the game (i.e.: speed, distance, velocity, RPM, etc.). AISAC controls 0 to 15 can be controlled by a Track Automation. 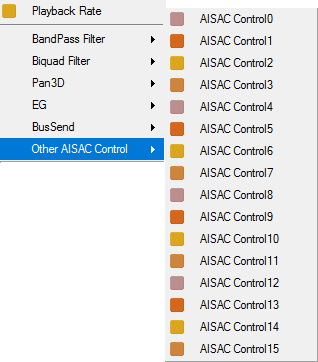 The automation system in AtomCraft is perhaps one of its most useful features. It allows to fine-tune every aspect of your interactive audio at a micro level. Here are some typical use cases: 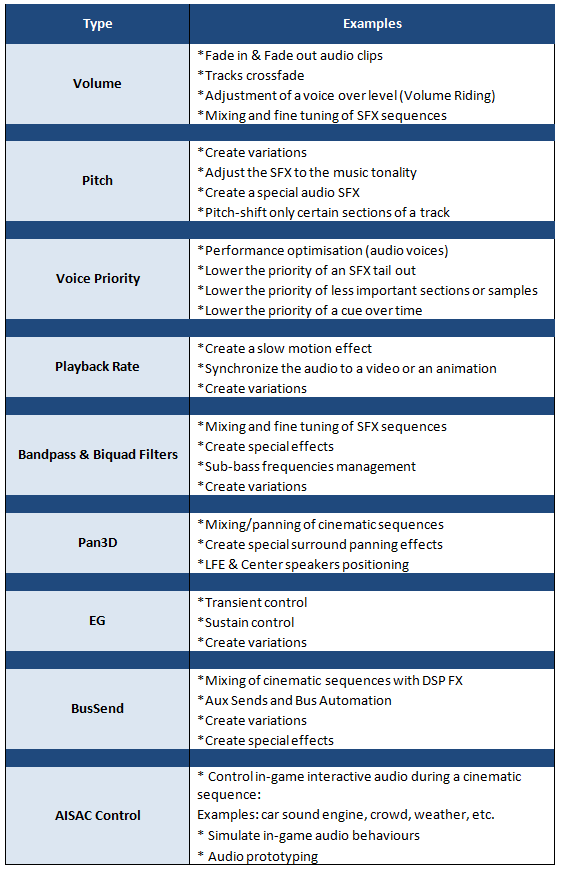 Let’s see how to add a new automation curve in AtomCraft.

1 – The first thing to do is to select the Track on which you want to add the automation curve. Once the track is selected, click on the automation selector (displaying “No automation”) and then select add. 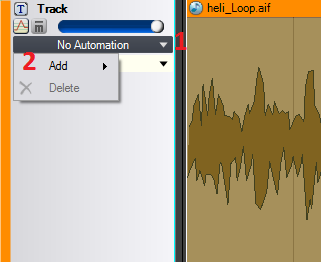 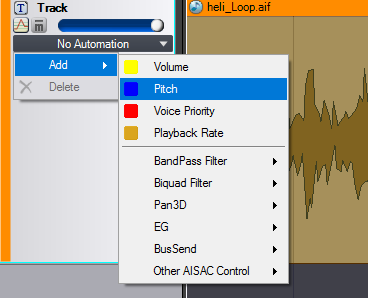 3 – The new automation curve will appear on the waveform. It’s only a flat line for the moment.

4 – Let’s edit it. Click on the line to add points and simply drag the points to shape the curve. If you need more precision, hold “Shift” while you are moving the points.

5 – To change the slope of a segment: select a point, right-click on it and then select the type of the curve.

6 – The curve of the selected segment will change accordingly.

If you want to see and hear examples of how the automation curves can be used, we have created a small project that you can download below: 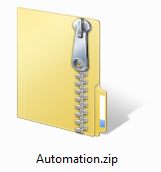 [This project requires AtomCraft 2.24 or higher]

In this project we demonstrate 8 automation usages. 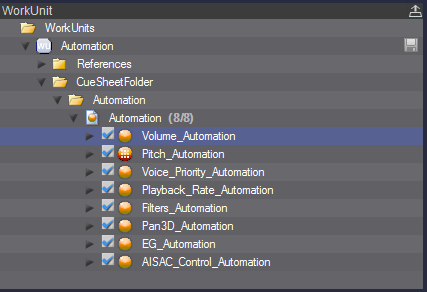 In this example we demonstrate how the volume automation curve can be used to fine tune (“ride”) the volume of a voice over Track. Of course, this feature can be used for any type of sound. 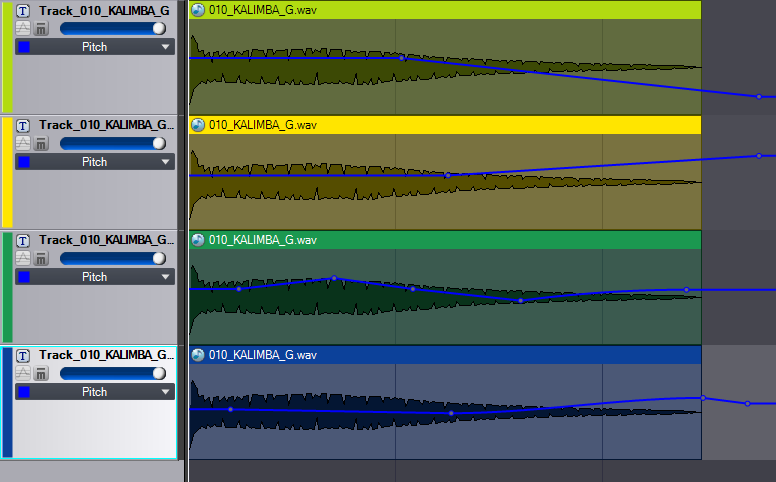 Here we have created 4 tracks using the same audio sample. We produced new variations with the help of the pitch automation curve. The Cue will randomly play one of the tracks. When used in conjunction with the volume, EQ and pitch randomization functions, it is possible to create a large variety of sounds while using a single source material.

In this example, we demonstrate how an automation curve assigned to the voice priority can be used to adjust the priority of an explosion sound over time. We reduce the priority as the sound begins to fade out in order to free up voices for more important sounds.

This example shows how we can use the playback rate automation curve to slowdown a music Track at a specific moment on the timeline.

Here we demonstrate how to automate the high-frequency cutoff on an audio track. This could be especially useful to produce special effects in the mix (e.g. after an explosion, during a cinematic). 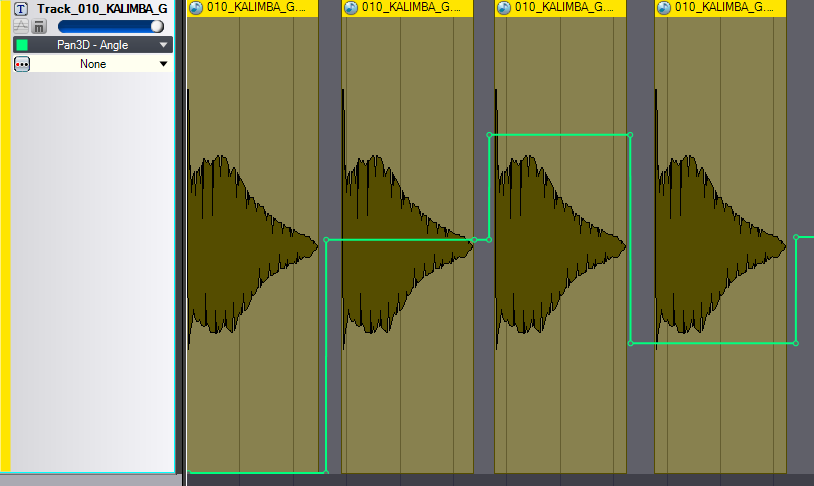 With the Pan3D automation parameters, it is possible to pan a sound precisely in the surround sound field. In this example the SFX will play: Rear, Front, Right and left. 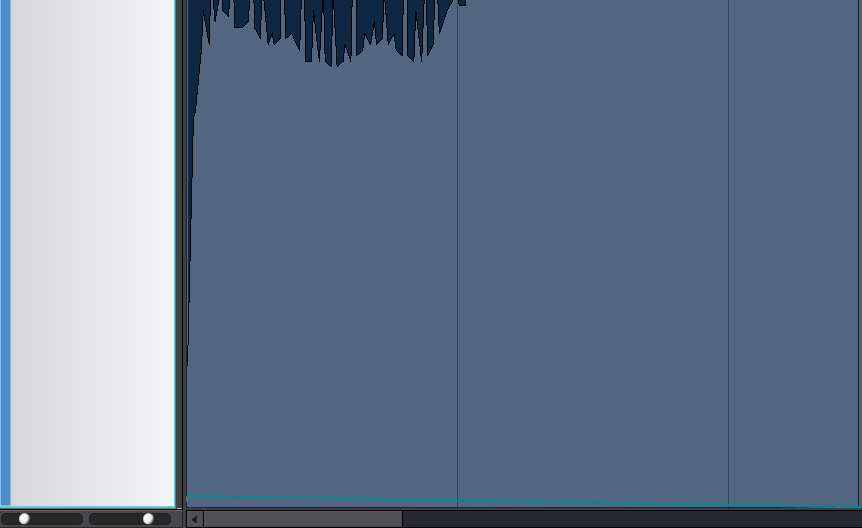 Here we used the same audio sample than in the previous example to demonstrate how to automate the “attack time” on a Track in order to edit its sound envelope. 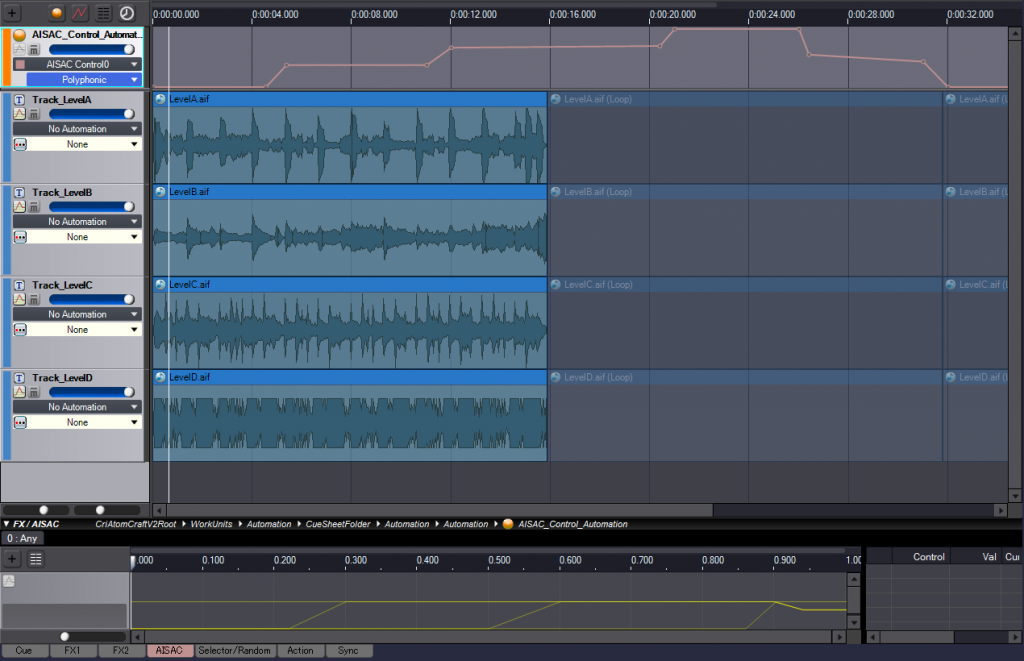 This concludes our post about AtomCraft’s automation curves. Let us know if you want to learn more about a specific ADX2 feature! 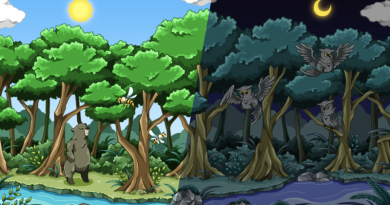 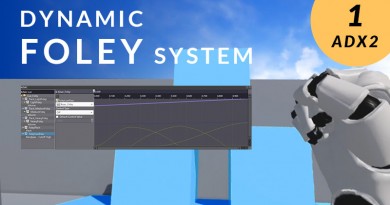 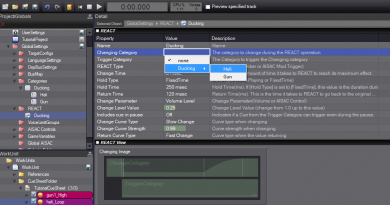